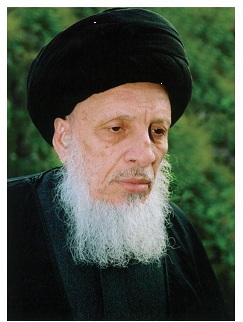 Peace onto you and mercy of God and his blessings

Please guide millions of Muslims with regard to these two important issues:

Is someone who professed his faith in the oneness of God, and the prophet hood of Muhammad Ibn-e- abd Allah (PBUH) , said prayers facing the kiblah and followed one of the eight denominations (Hanafi, Shafe’i, Maleki, Hanbali, Ja’fari, Zeidi, Abazi and Zaheri) considered a Muslim ?Must his life, honor and, property be respected?

“Accusing the companions or other Muslims of heresy, no matter what denomination they believe in, is not a Shi'a belief .This is based on the spirit of Islam and its principles. This point is implied in the hadiths quoted from the Shi'a Imams (Peace be upon them) and their scholars’ lectures and religious decrees.”

One of the other believers asked him:

Many Muslims and non -Muslims ask us about the relations among Islamic denominations. Please reply to these two questions:

1. Is someone following one of the eight denominations (Hanafi, Shafe’i, Maleki, Hanbali, Ja’fari, Zeidi, Abazi and Zaheri) considered a Muslim?

2. What marks the boundary of accusation of heresy? Is it permissible that a Muslim accuses of heresy a follower of other famous denominations or the denominations of A‘sh’arieh or mo’tazeleh? Is accusing the followers of Suffiyeh as heretics allowable?

In the name of God, most gracious most merciful and praise be to him

1. A profession of faith in in the oneness of God, and the prophet hood of Muhammad Ibn-e- abd Allah (PBUH) ,carrying out the religious duties and the obligatory precepts of religion like saying prayers and etc. are enough for a person to be considered a Muslim. Thus, all the religious precepts like the necessity of respecting his life, property and etc. apply to him.

2. The reply is made in the above statements.