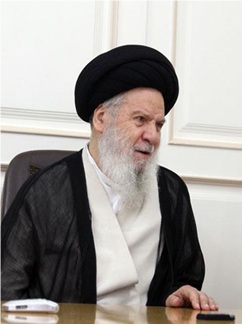 In the name of God, most Gracious, most Merciful

“verily this ummah of yours is a single ummah. I am your lord and cherisher: there for serve me.

Unity and brotherhood are of the most precious blessings, the Generous Allah has reminded us.

“And remember with gratitude Allah’s favor on you , for you were enemies and he joined your hearts in love, so that by his grace you became brothers”

How can one follow the Prophet of mercy and give himself the honorable name of Muslim and then not cherish the life, the honor and the properties of the others. Those who suppose that they can defend Islam through bloodshed and violence are, in fact ,deceived people who are being used as tools to the enemies of Islamic nation, who exploit them for their own benefit. In the world today, discord within people will take away their glory, greatness and peace, and weaken the global status of Islam .The followers of the prophets’ divine household must pay attention to this important issue more than the other Muslim brothers. We are honored by being called a follower of Imam Ali (PBUH).The reality of shi’sm is to follow the path of the Imam of believers. He did not regard as allowable ill-speaking and insulting the others, and prohibited from swearing. That great man persevered in what was of benefit to Islam and the Muslims ,and reconciled among them ,settled their differences , invited them to unity and brotherhood, and, in this mission was severely censured. It is hoped that all the Muslims ,and specially the followers of school of the divine household in the present chaotic situation , give the Muslims interests priority over ethnic conflicts ,and adhere to the divine teachings and guidance of the Holy Prophet .May God reverse the their tricks against themselves.

The office of the Grand Ayatollah Musavi Ardebili