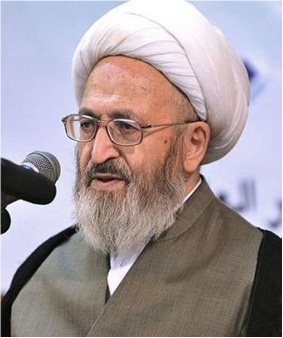 “And hold fast, all together, by the Rope which Allah stretches out for you and be

Not divided among yourselves.”

The Glorious God commands the Muslims to hold fast to the Rope of Allah. It is likely that the similarity between a divided and disunited nation, and a person fallen into a well has made God use the word Rope instead of another term. As such a person can only be saved through taking hold of the rope which has been dropped in to the well to his rescue.

This point is so important that the holy Qur’an has continuously praised and commanded unity and concord, and prohibited us from disunity. The holy Qur’an has reproached disunity as far as to consider it among the dreadful calamities.

“Say: He has power to send calamities on you from above and below, or to cover

you with confusion in party strife. Giving you a taste of mutual vengeance each

Thus, all the Muslims must look to Qur’an, act in accordance with Its commands, be united, and refrain from anything that causes division. Especially in this era, in which the unbelievers and arrogant powers conspire to cause discord among the Muslims, lead them into shedding each others’ blood for achieving their evil aims , dominating the Islamic countries and plundering their God-given blessings and resources. And in so doing, they try to create a safe haven for the occupying armies which have invaded the dear Palestine and Jerusalem.

The phenomenon of Takfir (accusing the others of heresy) is a an ignoble and indecent act; As all the Muslims worship the one God and believe in the prophethood of the Holy Prophet and the judgment day, this is enough for regarding them as Muslims ,even if they do not believe in any of the Islamic denominations. On his deathbed, Imam Ash’ari gathered all his disciples and told them: bear testimony that I never accused any Muslim of heresy, as they all worshiped the one God and were all under the banner of Islam. We, too, are obliged to have the utmost respect for the feelings and beliefs of the others. We must not treat them in a way that causes division and sows seeds of hostility and grudge, as this has been common practice of our pious descendants, who coexisted in peace and reconciliation. The accusation of cursing the prophet’s companions which is wrongly leveled against the Shi'a is false and groundless. .The Shi'a vehemently deny such allegations. In their attitude towards the companions of the prophets, they follow the example of Imam Ali ibn-e- Hussein who prayed to God:

O God praise be upon the chosen companions of Mohammad, who were in good disciples, and benefited from the blessing of aiding and supporting him, those who hasten to appreciate his presence and prophethood.

Peace onto you and mercy of God and his blessings.

Seminary School of the holy city of Qom